This question of whether to stock up on coolant or antifreeze is one that all new motorists must face at some point. The terms “coolant” and “antifreeze” are often mixed up, even though they describe entirely different fluids. Maintaining the efficiency of your vehicle’s cooling system necessitates using both antifreeze and coolant.

With my extensive experience in the automotive industry, I’m happy to share all my knowledge with you so that you can better understand the terms antifreeze and coolant. In this article, you’ll learn everything you need to know.

How Does Antifreeze Work?

One of the many elements that make up a coolant is antifreeze. It simply keeps the coolant from freezing instead of performing any cooling functions. Glycol used in antifreeze is typically added to coolants to lower the freezing point. Although water is excellent at absorbing and dissipating heat, it has the drawback of being both frost and boil-sensitive.

Unfortunately, water’s natural minerals and salts negatively impact the cooling system’s components. During demineralization, dissolved solids and ions like calcium and sodium are taken out of the water. You must dilute antifreeze with demineralized or softened water to be used in a cooling system.

Antifreeze with a higher concentration does not have a higher operating temperature range. Furthermore, antifreeze loses its corrosion-preventive properties if the concentration is too low.

Ready-Mix, or coolant, is the name given to the liquid that results after antifreeze is diluted and mixed with the coolant concentrate. The temperature range of the antifreeze mixture is controlled by the amount of demineralized water used to dilute the antifreeze.

How Does Coolant Work?

As its name implies, a coolant must be able to cool your engine down. It would be best if all the heat from burning fuel were used to move the car, but most of the fuel’s energy is primarily transformed into heat. You need coolant to avoid loss of energy as much as possible.

The coolant’s function is to prevent the system from overheating. It must also protect the system from freezing while carrying inhibitors against rust. These inhibitors will increase the cooling system’s lifespan. For example, limescale buildup prevents heat transfer, and salts can corrode metals in the system.

Due to the necessity of additives for proper functioning, a proper coolant is typically composed of more than one component.

Glycols, typically mono ethylene glycol (MEG), are used as the base of a coolant to avoid these unwanted effects of water used in the antifreeze. Even though it’s sometimes used as a base, mono propylene glycol (MPG) doesn’t have nearly enough heat transfer capacity for combustion engines.

Glycerol-based coolants, also known as the G13 specification, are the third choice. Glycerol is a better option than MEG from a sustainability standpoint, but it is not as readily available because it is also used in the cosmetics industry. Glycerol can be created from plants and is a byproduct of biofuel production.

The coolant needs chemical additives to achieve the desired effects. Corrosion, cavitation (the creation and collapse of tiny air bubbles that can cause damage to the water pump), deposits, and sludge (sediments of insoluble materials) are all things that can be avoided with the help of additives.

A bittering agent is always included to prevent poisoning from ingesting the coolant. In the event of an unexpected coolant leak, this means that the dogs will leave the coolant alone. This bittering also prevents the coolant from being accidentally consumed by children. When ingested, it causes severe poisoning.

There are also anti-foaming agents to keep as much air from getting trapped in the fluid as possible during pumping. Additionally, there are pH buffers to keep acidity levels stable  and dispersants to make sure the fluid can handle hard water. There is also a pH buffer to maintain stable acidity levels.

Below, I’ve listed the top five coolants available on the market. 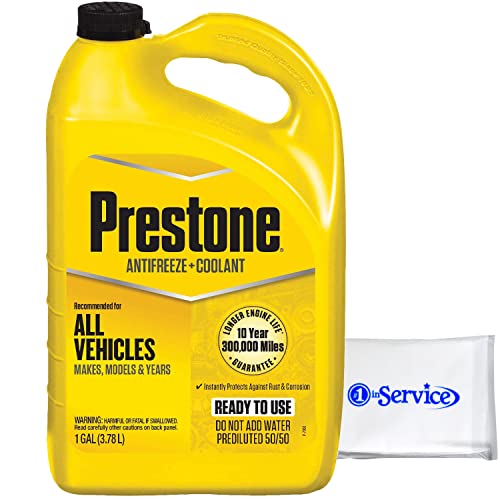 Thanks to its reliable brand name and top-notch performance, this high-performance, ready-to-use coolant can protect your vehicle for up to 300,000 miles. It’s impossible to go wrong with Prestone, as many people have attested over the years.

I can confirm that Prestone is excellent and accomplishes its goals. The impressive selection of antifreeze and coolants offered by Prestone, one of the biggest distributors of brake fluid and antifreeze/coolant products in North America, is a plus. 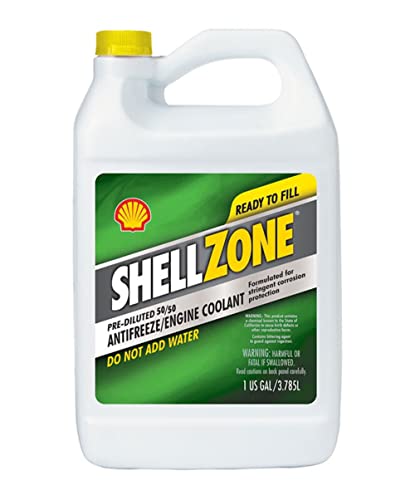 Shell’s anti-corrosion formula makes this engine coolant a prime choice. Having the antifreeze and water solution pre-mixed at a 50:50 ratio makes it easy to use anywhere. It is one of the best coolant for your car.

It’s perfect for low-cost vehicles or for those who regularly top off their coolant but don’t want to break the bank doing it. A wide variety of vehicle brands and models can use it without issue. 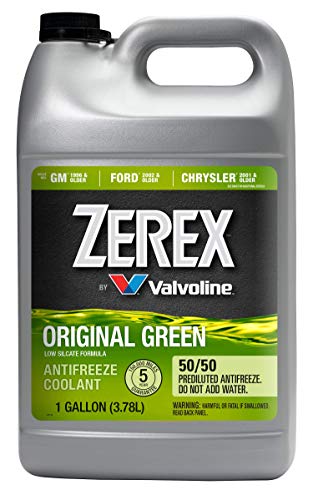 Typically, the coolant systems of older vehicles are identical to one another. Recently, manufacturers have started customizing their systems and mandating their antifreeze to reduce the likelihood of issues.

Due to this, the same antifreeze can be used in older vehicles manufactured by General Motors, Ford, Chrysler, and Dodge. Zerex Original Green is an excellent product for all of these automobiles. 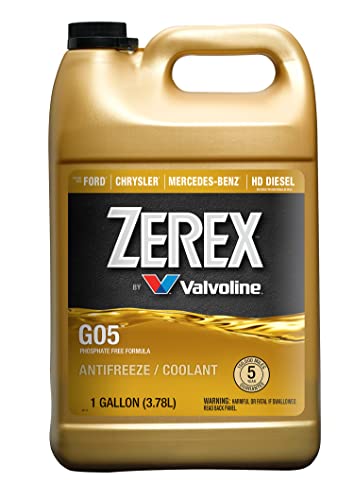 While Zerex G-05 Antifreeze/Coolant can be used in both gasoline and diesel vehicles, it contains additives that are especially beneficial for diesel engines. You should use this nitrite-based coolant to prevent the cylinders in your diesel engine from being damaged by cavitation erosion, which is common in these engines,.

It has additional control additives to prevent scale and hard water deposits in your engine and radiator. You have a little more flexibility to get what you want because this product, which is reasonably priced, is available in both concentrated and ready-to-use formulas. 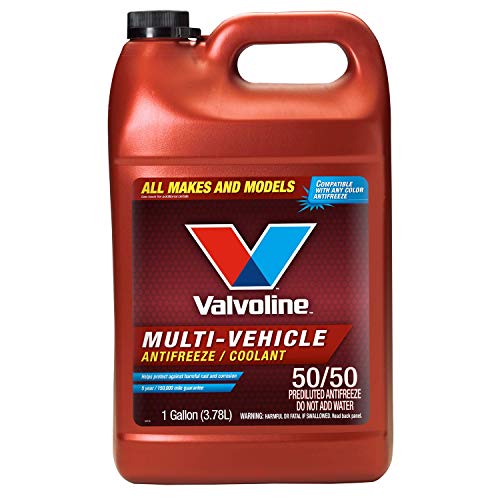 Valvoline MaxLife Universal Antifreeze/Coolant is an excellent choice for high-mileage vehicles. With such a renowned producer standing behind it, you can rest assured that this coolant will live up to your expectations.

“Alucard Plus,” a corrosion-prevention additive, is included in this antifreeze coolant. Additionally, it has gasket lubricants and sealants for the engine. It works with any brand or model.

Contrary to popular belief, they are two distinct substances, although people often confuse them.

Here below, I’ve listed the main differences between antifreeze and coolant:

How do I know if my car needs antifreeze?

If you don’t add more coolant, the engine will overheat, and a light on the dashboard will let you know. To forestall further issues, make sure to check the coolant level regularly.

Is it OK to put straight antifreeze in your car?

To keep your engine cool, you need something other than pure antifreeze. Even in mild temperatures, adding pure antifreeze to the cooling system could hurt the engine because it wouldn’t be able to move heat as well.

How often should I top up coolant?

This check should be done at the start of each summer and winter to ensure your engine is ready for extreme temperatures.
Even though each auto manufacturer’s recommendation may be slightly different, the coolant level must be replenished whenever it falls below the indicated minimum and maximum levels.

The only thing left to do now that you know everything there is to know about coolant and antifreeze is to pick the one that is best for your needs and your wallet. The list I compiled for you earlier in this article contains the products that offer the best value for your money. Simply choose the option that best fits the requirements of your vehicle.

My last piece of advice is always to remember that the quality of the liquid you choose will affect how long your engine and its parts will last. In the long run, small cost savings on coolant or antifreeze can cause some engine components to deteriorate.

This will lead to needless expenses that, in the worst-case scenario, could blow a hole in your budget. It is particularly true if many hours of labor are necessary to replace a part that is difficult to access. Therefore, take your time to make the best decision and enjoy many miles of worry-free driving.