Poor maintenance by many car owners has made their cars useless at crucial moments. For example, imagine having an appointment for the next day, and your vehicle fails, not because of lack of fuel but a bad timing belt. You should know when to replace your timing belt because they do not last forever.

Replacing your timing belt should be routine maintenance. In this article, you will know what a timing belt does, how long you should use one, and bad timing belt symptoms that indicate the need for a replacement.

What does a timing belt do? 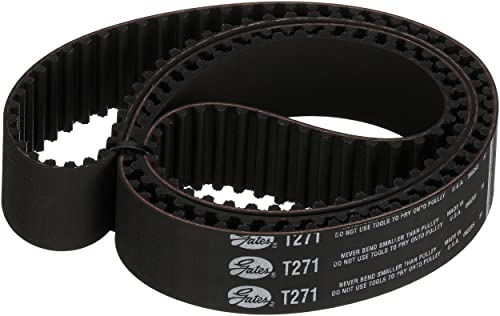 The timing belt is a critical part of your car engine that synchronizes the movement of your camshafts with the crankshaft. Your car’s camshaft is responsible for piston movement, as it permits the passage of gasoline and air into the compartment.

In return, the crankshaft moves the piston up and down in the same compartment. Both movements must be precise and timed if your car engine runs smoothly. Also, the gas and air mixture must come in both the correct amount and at the correct time.

So, to ensure this accuracy and not lose engine power, a timing belt is needed to keep the process running adequately. Unfortunately, you risk engine damage or unexpected breakdown if you continue having bad timing belt symptoms.

How long does a timing belt last in a car?

Due to the critical role of timing belts in your car, they go through wear and tear due to friction. Hence, a need for periodic replacement depending on your car’s brand and model. You should call for a replacement after using your timing belt for every 60 to 100 thousand miles.

This is to avoid unexpected breakdowns, especially in places where you cannot access car maintenance services on the spot. In addition, different brands recommend specific mileage, after which a replacement is needed. 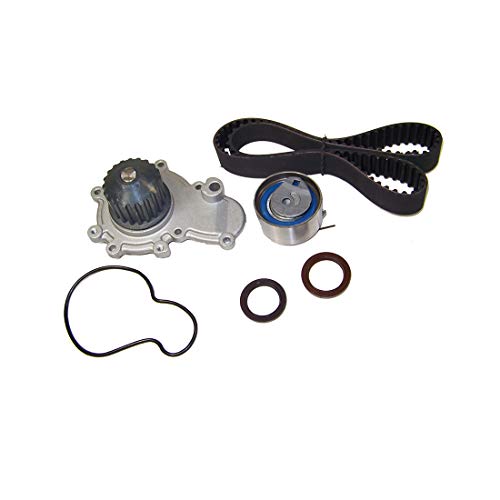 This is because the average mileage is around 13,500 miles. The Volkswagen Jetta model recommends replacement after every 120 thousand miles. So, on a general note, it is safe to say timing belts are to be replaced after every 8 to 10 years or 60 to 105 thousand miles.

Symptoms of a Bad or Failing Timing Belt

It is vital to discern when the timing belt is about to go bad (considering its critical role) so that you can replace it and avoid sudden breakdowns. Therefore, anytime you discover any of these symptoms, the right thing is to confirm the health of your timing belt and replace it if need be.

Ticking Noise Coming From The Engine

When you hear any ticking noise from the engine, you should suspect your timing belt because it is connected to some pulleys that have a direct connection with your engine’s camshaft and crankshaft.

Although, a ticking noise can also indicate low lubricant pressure in the machine. However, if you hear this noise when all fuel gauges show normality, then it’s most likely your timing belt.

The car’s engine Won’t Turn Over.

Many times, the belt fails while in motion, unknowingly to you. This is why you must allow your mechanic to do a periodic check on your car’s engine to avoid devastating effects like damage to your rocker arms, valves, pushrods, or even the cylinder head.

Oil Leak Near The Motor

The timing belt is made of rubber that can be affected by oil spillage or leakage. Over time, when the bolts and nuts used to cover the timing belts loosen, oil seeps out to the belt and destroys it. If your gasket is also affected, it can lead to severe overheating and expensive repairs in your car’s engine.

The density of smoke from your car’s exhaust indicates the health of your engine. When you notice your car emitting more smoke than usual, it can be the result of a bad timing belt.

More smoke means your vehicle is working harder than expected, which could lead to costly repairs for you. Although, during cold weather, it is customary to see smoke or vapor exiting your car’s exhaust till your engine becomes warm.

Your Revs Start Acting Up

The RPM (Revolution Per Minute) meter could also help in determining the health of your timing belt. If you notice your RPM meter acting strange, it could be a result of a missing tooth on your car’s timing belt. It results in inconsistent speed indication by your gauges.

Why is it important to change a timing belt periodically? 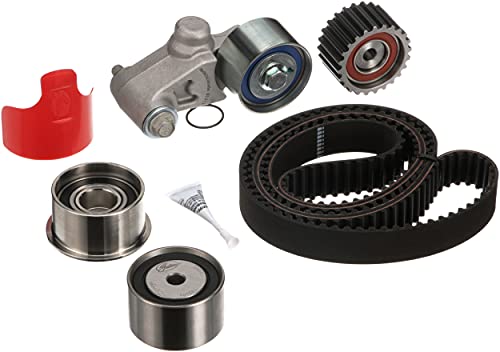 Rather than wait till your timing belt fails, a better decision will be to replace it periodically after some thousand mileages as recommended by your manufacturer.

Its replacement is almost an inexpensive maintenance service compared to other spare parts repair in your car. You will need to spend between $500 to $900 on parts and labor to get a timing belt replacement done for you.

However, if you experienced the failure while in motion, get ready to spend between $2,000 and $2,500 to cover other damages to the pistons, valves, and possibly the water pump. It takes vigilance to change your timing belt before they fail.

Will a broken timing belt destroy my engine?

A broken timing belt can make the engine stop working; the engine can become heavily damaged if care is not taken.

Is it worth fixing my timing belt?

Although the timing belts are important, replace them only periodically because of their high cost or follow your manufacturer’s recommendation about replacement.

What happens if I drive with a bad timing belt?

You cannot drive your car with a bad timing belt because the engine will not run; you will only kill the battery when you continuously start it.

A ticking noise is heard inside your car engine when your timing belt begins to go bad. It only develops to a whining sound when the belt eventually breaks.

Since the timing belt plays such a critical role in your car’s engine, you should not wait till failure before replacement. Routine maintenance prevents the utter breakdown of your vehicle while saving you more money in the long run.

Sometimes, you might not see any bad timing belt symptoms before experiencing failure. More reason for you to follow your manufacturer’s recommendation for timing belt replacement.

If you bought a used car, one of the things you should inspect carefully before enjoying the new ride is the car’s timing belt. Then, you can change it from the onset to save yourself from more costly repairs.

Apart from the timing belt, serpentine belt is also another important belts that you should take care of.