The CD player is a great way to keep drivers and passengers entertained while running. Most  Ford vehicles come with standard CD players. This is a tremendous addition for comfort.

But, the problem comes when your CD player is not working or having some troubles. A decent background stereo system will boost your mind. On the other hand, if there’re some noises in the system, it will be annoying for you to drive. Seeming a bit problematic?

No fear dear reader. Just continue with us. Today, we will discuss the ways to deal with Ford f150 CD player problems.

Let us first know what are the most common problems of the Ford f150 CD player.

Most Ford users complain that the “continuous jamming of stock CD players” is the most common problem. At the time of this problem, you’ll get the CD player showing no disc inside it. Even,  after inserting a disc, you will find no signal. Then, there will be problems in removing the disc.

Again, there might be trouble with your player while “ejecting a compact disc”. In this case, it can’t scan the contents of a normal compact disc. Besides, the problem happens with the “6-CD systems”. Even after filling the 6-CD slots, there may not be shown any disc and a code error is shown.

How to Fix the Ford CD Player

There are a few easy steps you have to maintain. First of all, you have to turn the Ford f-150 CD player on. Then, here it will display an error code. After that, you have to put a corresponding key code. You will find the key code in the owner’s manual. By inputting the code, you have to reset the player’s computer system. Then,  eject the CDs continuing inside the slots. After that, you have to manually unlock the CD player by unscrewing the tallest cover. Eliminate the stuck discs inside. Hearing the CD player, it will make noises. While being powered up, you don’t need to be concerned. The noise coming from the process of checking to ascertain when there are CDs inside its slots.

There are normally two types of fixes.

Well, your radio is not working or the light of the screen is not on. Then press the power button and forward button until the logo comes on the screen. It can take up to 15 seconds. Therefore the logo will come and you will also be able to connect audio,  cell, etc.

We are going to tell you a little hack that you can do to change the colors of your center touchscreen to make them look like other Ford product Lincoln products. It’s pretty easy. We think you can do this kind of stuff with four scans but you do it even easier without using force scan. Thus all you need to do is press the right arrow on your steering wheel and press the right arrow on your keypad. Hereafter it starts going through the speaker test. You can end that. It is a whole bunch of different things here but you will select ‘Testing Setting’. Then you will have ‘Theme’,  just select it. Then you get down and you will go into the Lincolns. So you can change that to whatever you want. Right now this is the Lincoln. Thus you can change it too and back to Ford. It is the factory one is called the Ford timeless but here we will turn off the truck and then pull the key out. Then open the door and it goes to the Lincoln Black Label screen.

You can simply repair the CD player power fluctuations. It can be repaired by rethreading the facility cables located underneath the CD player connected to the battery. You need to replace the broken cables with a new cable to resist electrocution as well as further power statics. Ideal Ford F150 CD players will be relatively expensive. To change your broken CD player, you should replace the previous CD player. You may use a congenial third-party CD player. 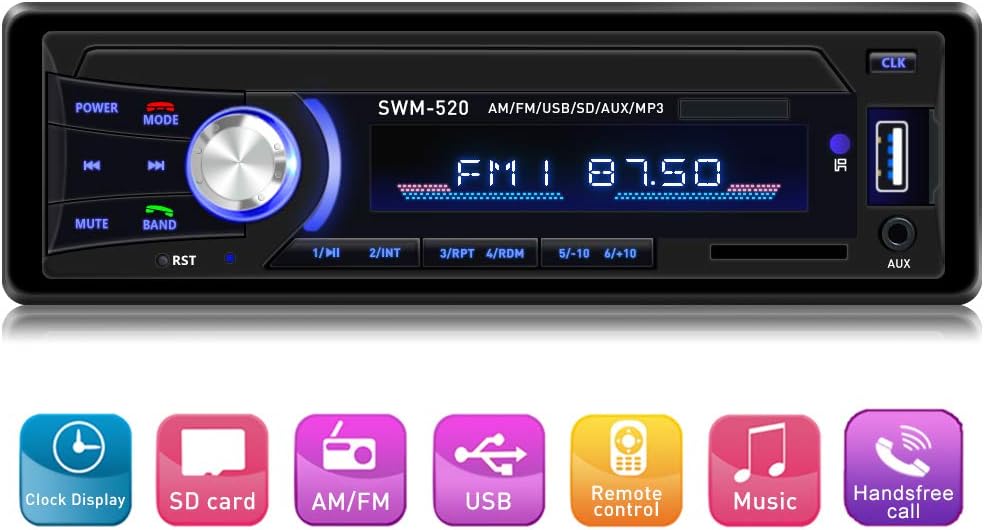 Some car stereo that is compatible with Ford:

It’s always important to perform some sort of precaution and maintenance. Try to ensure that the player works adequately.

This is all about the discussion about our dealing with Ford f150 CD players and the problem it makes. Hopefully, now you can solve the problem. If you have any questions more regarding this topic, please let us know.