How to detect if to replace the crankshaft sensor?

You can call it a crankshaft sensor or crank sensor! Whatever, the sensor has its hall effect for different purposes. Maximum enthusiasts are not concerned about the crankshaft sensor until the engine cracks! We check the sensor only when our engine doesn’t get started, or it starts running poorly, right? Once you have taken your car to the auto repair shop, the mechanic tells you that you need a new one. It would be a great invention if the car owners made a signal that tells you about a repair or replacement shortly. It would be fine, yeah? 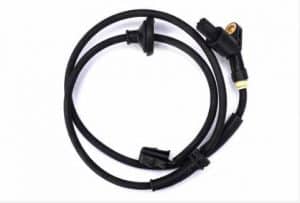 The crankshaft sensor is mounted near the crankshaft. I have mentioned in the introduction to a PCM computer. The computer notices an engine on how fast it runs and commands the control unit to ignite the air-fuel mixture. In some engines, the computer command to inject fuel. All engines with their distributor fewer ignition systems have the crankshaft position sensor.

Once the crack sensor is disturbed, they won’t set the ignition timing, cause engine problems, and stop the car running. Engine stalling is one of the main symptoms of a disturbed sensor. You’ll see the check-engine light triggered through the engine stalling process. A crack sensor leads the engine with difficulty, and your vehicle’s acceleration is affected through this. Plus, excessive heat is a frequent reason to identify the crack sensor fail. You should not indulge these symptoms as the symptoms happen for the faulty electrical wiring and connections.

Indeed, a lousy sensor does not trigger the check-engine-light. Be mindful of checking the sensors with a diagnostic scanner or multimeter and be sure about replacing them. A professional mechanic does the same before replacing the crankshaft sensor. Get it done on your own!

How much does it cost to replace the crankshaft sensor?

Will you take your car into a garage and get your crankshaft position sensor replaced shortly? Well, you have to go through a cost! Don’t consider replacing the sensor without a penny until you’re a mechanic. The cost of replacing a crankshaft sensor depends on the make, model, and sensor location. As we have said earlier in this guide about the sensor’s structure, they can be out in the open or buried under the starter. The crankshaft sensors have a price between $10.00 – $50.00. Click here to check the prominent ignition system on Amazon. The labor cost of replacing the crankshaft sensor is between $100.00 and $200.00.

How to replace the crankshaft sensor

Now, let’s get started to replace the crankshaft sensor. Firstly, it is essential to locate the sensor of the engine. You get the sensor at the lower level. Be careful of replacing the new sensor with the existing sensor. You may need jacking up the car and wear protective gloves and goggles to do this! We nail the process of crankshaft sensor replacement in 8 amazing ways. Get a look below:

In this guide, we have tried showing you’re replacing the crankshaft position sensor. You must have got an entire solution to the question ‘how to replace crankshaft sensor?’ Do you know the reasons that cause your car to more engine cranks? Once in a lifetime, if your car’s engine starts failing, you should diagnose the crankshaft sensor hurriedly. A mechanic will do it for you. If you behave like a mechanic and get rid of a pretty expensive program, you should follow the steps our experts have written for you above! Hopefully, it helps you with a quality replacement that you can do yourself! Best of luck!